Most indica and sativa labels on cannabis are incorrect, results from a new analysis show. Cultivars are generally sold as indica, sativa or hybrid of the two, promising energizing or calming effects, but this classification system probably amounts to nothing more than a trend that refuses to die.

A new study published October 14 in Nature Plants re-analyzed nearly 300 samples of cannabis, and found surprising results. Researchers from Dalhousie University in Nova Scotia, Canada joined a team from Wageningen University & Research institute in the Netherlands to process the data.

Researchers gathered and analyzed 297 samples, which were previously quantified for terpene and cannabinoid content, as well as genotyped for over 100,000 single nucleotide polymorphisms. The results indicated that sativa- and indica-labeled samples were “genetically indistinct” on a genome-wide scale.

“Growers worldwide label their cannabis strains quite subjectively with the terms ‘Indica’ and ‘Sativa.’ There’s nothing scientific about that. Unfortunately, retailers and consumers cannot rely on the labels that are stuck to the jars,” said Dr. Sean Myles, Associate Professor at Dalhousie University’s Faculty of Agriculture and lead author of the study. “There is now a broad scientific consensus that the current use of the Indica and Sativa labeling is misleading: these labels do not provide reliable information about the genetic or chemical makeup of the plant.”

Check Terps Instead for Effects

“Our results demonstrate that the Sativa–Indica scale currently used to label Cannabis poorly captures overall genomic and metabolomic variation,” researchers wrote. “Cannabis labeling is instead probably driven primarily by a small number of key terpenes whose concentrations contribute to the characteristic aromas commonly associated with Sativa and Indica and whose variation we genetically mapped to tandem arrays of terpene synthase genes on chromosomes 5 and 6.”

The sativa and indica labeling might have little correlation with the cultivars’ genetic background and origin.

The researchers went further to the root cause of the confusion: “We hypothesize that Cannabis growers and breeders have been assigning labels to cultivars primarily on the basis of aroma profiles and purported effects, rather than genetic ancestry or overall chemical similarity.”

Most Cannabis is Hybrid

Preserved landrace strains grown and stabilized naturally in isolated areas such as Durban Poison or Acapulco Gold might have a better chance at being a pure sativa, or an Afghani landrace for a more pure indica. Some have been preserved for generations. But mass cross-pollination makes it much more likely to come across hybrids in retail these days.

In 1753, all varieties of cannabis were defined Cannabis sativa, per Swedish botanist Carl Linnaeus’ identification. Then came along biologist Jean-Baptiste Lamarck in 1785, who identified Cannabis indica. Finally Russian botanist D. E. Janischewsky identified Cannabis ruderalis in 1924. But this classification system is based entirely upon physical attributes of phenotypes such as shape, leaf formation, thickness, etc.—not based on effects.

That said, cannabis effects can’t be defined by simply sativa or indica—nor are those type of labels likely to be scientific. In addition, many sativas can cause drowsiness, defying its categorization, and vice-versa with energizing indicas. Judging cannabis potency based purely on delta-9 THC content is also misleading. 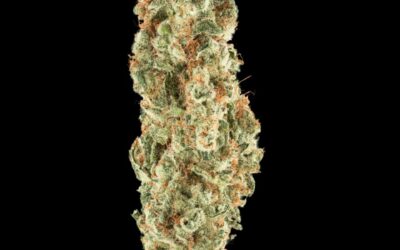