Cheech and Chong on New Comic Book Chronicles: A Brief History of Weed with Z2 Comics

In a High Times exclusive, Cheech Marin and Tommy Chong announced today Cheech and Chong’s Chronicles: A Brief History of Weed, co-written by the iconic duo, and published by Z2 Comics. It’s their first graphic novel, released just ahead of the duo’s 50th anniversary.

Cheech and Chong’s Chronicles: A Brief History of Weed will be released in a soft and hardcover editions in finer comic shops and bookstores on April 20, 2022.

The comic book is also available to preorder now as soft cover, hardcover and an oversized slipcase deluxe format with wraparound cover art by Bob Fingerman, as well as a matching slipmat, and print set featuring work from Rick Veitch (Swamp Thing), Jim Mahfood (Spider-Man) and Jason Gonzalez. A third and hyper-limited platinum edition will also be available in a one-time signed edition with special packaging.

“I’m so excited for everyone to see this amazing work from so many talented artists bringing to life the legend of Cheech & Chong,” Chong told High Times. “I can’t wait to share this with all my fans.”

Totally broke and completely dry of weed—Pedro de Pacas (Cheech Marin) and Anthony “Man” Stoner (Tommy Chong)—are in bad shape, until they get a call that changes their lives. Cheech’s old friend, a casino manager in Reno, Nevada, needs an emergency opening act for his stage show. If they can make it into town, the job is theirs.

“I thought I was driving?!”  Chong replied.

The duo’s American road trip to score “a**, grass and cash” quickly transforms into a “reefer-fueled toke through time.” This original graphic novel from Z2 Comics is the “real” history of cannabis seen through the eyes of Cheech and Chong. The two have been making us laugh for a solid 50 years.

Z2 Comics are purveyors of graphic biographies depicting pop culture legends such as The Grateful Dead, Beethoven, John Lee Hooker and Charlie “Bird” Parker. Z2 Comics has collaborated with estates of countless other artists, leading to graphic novels about Cypress Hill, adorned with fan leaves, and Sublime, with an extra-trippy cover design. Z2 Comics is the first place to go if you’re looking for music-inspired comic books.

Comics and Chronic History with Cheech and Chong

Pot-friendly comic books—like Larry Flynt and High Times’ Thomas King Forçade—pushed the boundaries of what could be published in print format. This battle was mostly won long ago.

Dating back to several years before the first issue of High Times—comic books have shared a special relationship with cannabis. Publishing comics about pot was a battle worth fighting.

Underground hippie comics took off in the late 1960s with works like The Fabulous Furry Freak Brothers (recently revived in a series) with Gilbert Shelton and Zap Comix with Robert Crumb. A wave of pot-friendly comic book artists emerged, including S. Clay Wilson, Robert Williams and “Spain” Rodriguez, crossing over with psychedelic poster artists Victor Moscoso and Rick Griffin.

Comic books pushed the boundaries of censorship, teaching a generation how to roll joints and grow weed plants. 1968’s Feds N’ Heads by Shelton accurately depicted a peyote trip creeping up, for instance, and became a board game magazine insert. 1969’s Zap Comix #4 precipitated an obscenity case that reached the Supreme Court, with a comic book seller eventually winning.

High Times’ own Paul Kirchner continued this style with “Dope Rider” beginning in the mid-seventies, still published in the magazine today.

Cheech and Chong’s Chronicles: A Brief History of Weed carries the torch of cannabis-friendly comic books, updated for a new generation. It’s a great way to learn about the colorful history of pot, including the plant’s influence on notable heroes.

The post Cheech and Chong on New Comic Book <i>Chronicles: A Brief History of Weed</i> with Z2 Comics appeared first on High Times.

END_OF_DOCUMENT_TOKEN_TO_BE_REPLACED 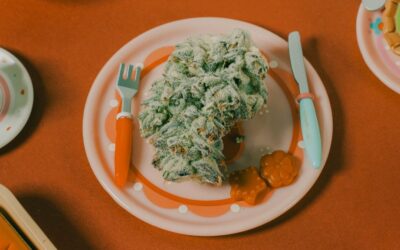 9 cannabis gifts for the food and beverage cannaseur