Cannabis industry powerhouse Canopy Growth Corporation announced that it has entered an agreement to acquire Wana Brands, the continent’s largest cannabis edibles brand by market share, in a deal worth nearly $300 million. Under the terms of the agreement, Canopy has secured options to purchase Wana and its related entities once THC products become federally legal in the United States.

“As we establish Canopy Growth as the world’s leading cannabis company, acquiring the number-one cannabis edibles brand in North America will serve to strengthen our market position in both Canada and the United States,” Canopy Growth CEO David Klein said in a press release.

“The right to acquire Wana secures another major, direct pathway into the U.S. THC market upon federal permissibility, and in Canada, we’ll be adding the top-ranked cannabinoid gummies to our industry-leading house of brands. We’re confident in the future growth of the edibles category and the tremendous opportunities with Wana.”

The agreement provides Canopy Growth the right to acquire 100 percent of the outstanding membership interests in Wana Brands and its related entities Mountain High Products, Wana Wellness and The Cima Group, upon the federal legality of THC in the U.S. market.

When exercising the option, Canopy Growth will make an additional payment equal to 15 percent of the fair market value of each entity at the time it is acquired. The two companies will continue to operate independently until the options are exercised.

Wana manufactures and sells cannabis gummies in Colorado and licenses its intellectual property to partners producing cannabis edibles in 11 other states including California, Arizona, Illinois, Michigan and Florida, as well as across Canada.

Canopy Growth is a Canadian-based cannabis and cannabinoid consumer products company serving adult-use customers with an array of regulated marijuana products through its Tweed and Tokyo Smoke branded dispensaries in Canada. The company also operates the medical brand Spectrum Therapeutics, which is a market leader in both Canada and Germany.

Adding Wana Brands to its portfolio gives Canopy Growth several strategic benefits, including strengthening its access to the U.S. market. The deal leverages Wana’s leadership position and continuing expansion in the U.S., where it has the largest multi-market presence of any independent cannabis edibles brand.

When Canopy exercises the acquisition option, it will own and operate Wana’s vertically integrated production facility in Colorado as well as its licensing division, which currently has deals in 11 states with plans to cover more than 20 states by the end of 2022.

The acquisition will also give Canopy Growth a strong position in cannabis gummies, which are one of the fastest growing segments of the Canadian and US edibles markets, accounting for 71 of all edibles purchased, according to data from Headset.

“Edibles play a key role in attracting new consumers and adding the number-one edibles brand in North America strengthens our competitive position on both sides of the border,” Klein told Forbes in an interview. “In addition to our existing relationships with Acreage and TerrAscend, the agreement with Wana furthers Canopy’s positioning for rapid entry post-permissibility to the US THC market.”

Nancy Whiteman, the co-founder and CEO of Wana Brands, said that the announcement of the deal with Canopy Growth “reflects the culmination of more than a decade of hard work, dedication and vision put forth by our employees and partners, as well as an unwavering commitment to the plant and -our customers.”

“We have long considered what the next phase of our growth might look like, and this deal is not only a great testament to our focus on bottom line growth and fiscal diligence, but also to the value we believe Wana can bring to Canopy and its shareholders now and in the future,” Whiteman said.

“We have met many partners along the way over the past 11 years, but none have felt like the best and right fit until today. We are incredibly humbled and honored to be part of what Canopy Growth is building in terms of the future of this industry.”

As a cannabis business, do you feel left out of the COVID-19 relief programs introduced in the past year and a half? Well, there may be hope for emergency relief through the Employee Retention Credit that emerged from the CARES Act.

END_OF_DOCUMENT_TOKEN_TO_BE_REPLACED 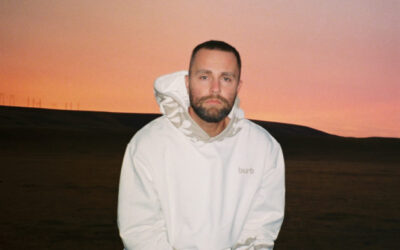